Robert Shaw, a man for all seasons

Posted on August 9, 2014 by worldculturalcenter

Today, August 9th, would have been the birthday anniversary of the greatest actor that cinema ever had, the extraordinary Robert Shaw.

No actor of today can compare to the magnificent Robert Shaw.

His unforgettable performances in such classic films like “007, From Russia with Love”, “A Man for all Seasons (in Which he received his only Oscar nomination for Best actor in a supporting role as King Henry VIII), The Sting, The Taking of Pelham One, Two, Three, The Deep, Black Sunday, Force 10 from Navarone, Battle of the Bulge, The Hireling, Battle of Britain, Robin and Marian, Swashbuckler, Diamonds, Avalanche Express and of course, “Jaws”, were one of a kind.

The 60s and 70s were the greatest decades for cinema because cinema had the extraordinary Robert Shaw.

And cinema will never have an actor like him, never again. 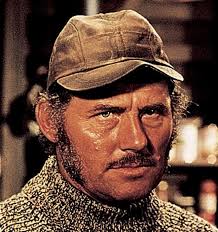 My Favorite Bond villain in “From Russia with Love”.

And my favorite King Henry VIII!
Here, Robert Shaw gives the greatest speech of history of cinema and one of the all time great movie moments, Quint’s “Indiannapolis Speech” from Jaws:
https://www.youtube.com/watch?v=u9S41Kplsbs
When Robert Shaw died on August 28th of 1978, the world lost not only a magnificent actor, but also a wonderful writer.

Robert Shaw in his most famous role,
Quint in Steven Spielberg’s Jaws.